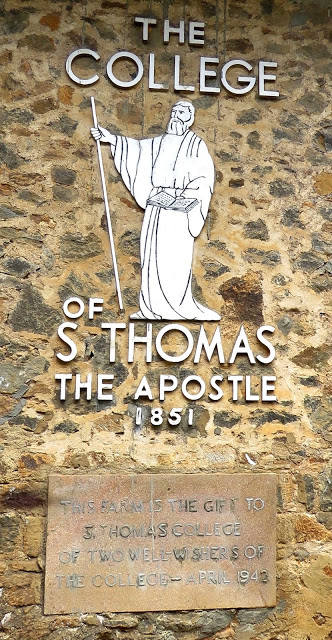 Nineteen forty two was a momentous year for Sri Lanka. The war in the East was at it's height and was drawing perilously close to our shores.

On April 4th, the day before, a deputation from the military authorities inspected the buildings of S.T.C. Mt. Lavinia. On the 5th of April the warden was informed that the school was to be handed over within five days. On the ninth of April the Sub Warden, Dr. R.L. Hayman was sent to Gurutalawa to prepare a branch of the school.

A branch of the S. Thomas' College at Gurutalawa was made possible by a generous gift made to the college in February 1942 by Mr. & Mrs. Leslie de Saram. In this period of pessimism and gloom they offered to give Gurutalawa farm, complete with it's buildings, equipment, furniture and livestock. This magnificent offer was gratefully accepted and in less than two months the farm began to take an important place in the life of the college.

The rising bell at Gurutalawa went at 5.45 a.m. and lights-out was at 9.30 p.m. The school had two sessions with a lunch interval and a short break in the morning session. Games was compulsory except on farm club days, and if it rained Rev. Foster usually led the boys in a cross country run.